Not a shred of evidence exists that life is serious

Talking about stress! The other day I read an article about suicide clusters that have been occurring amongst high school students in Palo Alto over the last years. The gist of it was that, although the establishment denies it fervently, the suicides have been the result of the literally killing competition amongst youngsters in this pinnacle of Western education.

For those of you who don’t know Palo Alto, it is the home town of Stanford University in California and the place where the most educated people of the United States live. The paragraph that hit me most was:

While they’re relentlessly pushed to chase higher grades and greater commendations, students say, they are simultaneously pressured to maintain an air of confidence and composure. Gaby Candes, a Gunn sophomore whose parents are both Stanford professors, refers to the condition as “Stanford duck syndrome”: “Everybody puts on a front of being super-relaxed and perfect, but under the surface they’re kicking furiously,” she says. “When all you see is calm ducks, you think that you are the only one who’s not perfect.”

We are not nuts and bolts in society’s machine

In an earlier blog I wrote about how people are being reduced to figures in our current day society. The above is a painful consequence of our economisation. Because our worth is expressed in how much money we will make and how many possessions we can gather the pressure on young people to excel is increasing all the time.

The scope of education is getting narrower and narrower, zooming in on those subjects that governments expect to have a use for. Personal needs, hopes and dreams are increasingly unimportant in this equation. We become more and more like ant armies in our total submission to this creature that we have created ourselves and called society. How ridiculous this really is, is well illustrated in this 2012 film in which an animated man tries to explain the concept of government to an alien.

We are living in a society of fear

Now, this may seem like just another accusation against the ruling order, a plaint against unfairness, but to say that would mean you are missing the point of this website. The fact that there is a ruling order is beyond logic to begin with.The road onto which we are driven like cattle is a road to the slaughterhouse. We were not made for this life, this life of perfectly living up to what our own devised society expects of us. How badly this can go wrong is illustrated in the case of Andreas Lubitz. Andreas is the pilot who in March of this year crashed the plane he was the co-pilot of, taking hundreds of people down with him.

Just months earlier the German sociologist Heinz Bude wrote a book in which he sounded the alarm on what he called “the society of fear” that we live in. According to Bude the average German lives in constant fear to get behind on what society expects him to achieve, which as a result he starts to expect himself to achieve. Making ever higher demands on himself that average German oversteps his boundaries time and time again and often gets depressed. But even then he will not let off, but rather crash and burn (in this case tragically literally) than give up on the image that he has created of himself.

Maybe this is stating the obvious but this whole pressure cooker thing has to stop. We, as humans, were made to do one thing, and it isn’t getting ourselves a whopping career. It is living our lives, being in the world and enjoying the fact that we are as lucky as to wander this planet. Life is supposed to be just that, life. Not a shred of evidence exists that life is serious or was ever meant to be a serious effort to be successful, whatever that might mean. We as a society have put that burden on ourselves. And guess what… we can take that burden away as well.

When you die, what do you want to be remembered by? By all the money you made and the hours that you spent at the office? Or the quality time you had with your family and friends? The fact that you lived the life you wanted to live and did that with full force? If you ask me this is a no-brainer. It is a win win decision really. You get to live a healthier life because of all the pressure you have lifted of your shoulders and you get to have a fun life.

Are you going to do this is the hard or the easy way?

This week I finally did it: I cancelled my Facebook account. I was very late in joining the FB legion, but - once in - I was in completely. I collected friends, groups, pages and events. I was fully enjoying virtual life. But somewhere deep inside it didn’t feel...

END_OF_DOCUMENT_TOKEN_TO_BE_REPLACED

Five a clock in the morning and I’m wide awake. Both physically and mentally completely switched on. I do not feel startled or anything. I am just very, very, very awake and alert. It happens to me every now and then. I wake up with a feeling of urgency, of...

END_OF_DOCUMENT_TOKEN_TO_BE_REPLACED 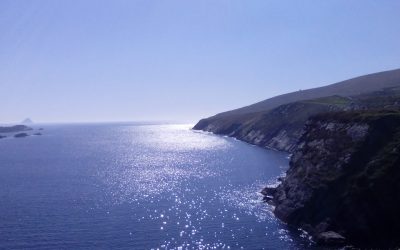 When I was about 18, a family member who was at my birthday commented on the appearance of one of the other guests. I remember the exact words, but they don't translate well, so the gist will have to do. She basically said, loudly, that the person in question had the...